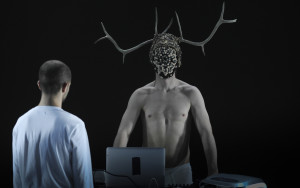 Premiered February 6th 2015 as a part of TAUGAR

Liminal is a performance inspired by the middle stage of transition. When the previous status no longer holds and the new one hasn’t been constructed. A stage of ambiguity, confusion and great intensity. The dancer is the material for artistic creation, which s/he constructs and destructs. Fluctuating between reality and spirituality, sacred and profane in a ritual-like act.

Karol Tyminski is a Polish performer and choreographer. He is a graduate from P.A.R.T.S. in Brussels and Vaganova Ballet School in Warsaw, and a co-founder of the Centre in Motion, Choreographers Workspace in Warsaw. In his work, Tyminski presents the idea of a performer as a vessel that can be filled with any idea or story. Developing his choreographic language, Tyminski deviates from the formal aspects and explores the very physicality of the performer’s body. He aims to speak about human condition, reaching the emotional side of a performer by penetrating its physicality. These activities are often close to ritualistic experiences as was demonstrated in his earlier piece “Beep”, which was said to be one of the most radical and exciting performances in recent years by Europe’s leading dance critic, Helmut Ploebs. Tyminski’s artistic activities have been recognised by the support of various foundations and institutions, such as  the European Commission and Advancing Performing Arts Projects (APAP). For Liminal, Karol enjoys the support of Adam Mickiewicz Institute. 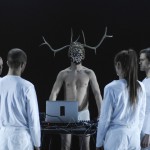 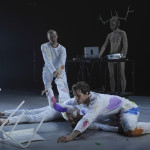 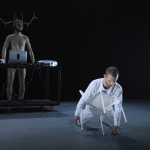 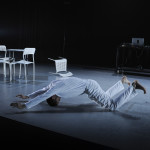 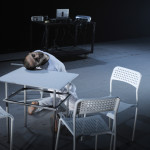 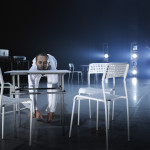