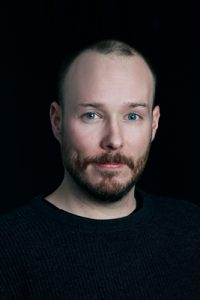 Baldvin has been working with Iceland Dance Company since 2019.

Baldvin Thor Magnússon began his career as a lyricist and songwriter with the rap-group Forgotten Lores at the turn of the century. Since graduating as an audio engineering from the SAE Institute of Technology in New York in 2008, he has worked as a sound designer and engineer, mainly for The Reykjavík City Theater but also with a number of indipendent dance- and theater groups, as well as musicians in Iceland and Denmark. Baldvin’s projects include Á Vit / Journey; a collaborative performance with Gus Gus and Reykjavík Dance Productions, the culture festival Lys Over Lolland in Denmark and the food-theater production Vølvens Spådom at the Teater Republique in Copenhagen.

In recent years Baldvin has worked on some of the most prominent shows produced by the Reykjavík City Theater and the Iceland Dance Company, for instance Richard III, Club Romantica, Black Marrow and Sacrifice.  In 2016 Baldvin was awarded with Gríman (Icelandic Performing Arts Award) for best sound design for the IDC production And The Sky Turns Into Crystals, and the same award again in 2018 for the dance piece Crescendo by Katrín Gunnarsdóttir.