and the sky turns into crystals 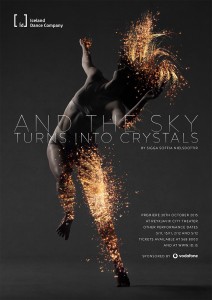 Fireworks are beautiful but tragic. Shot up into the sky, they are with us for such a brief moment, before their short life burns up and decays into nothingness. But their simplicity is also their power. The beauty of movement, the power of simple forms, the variations of colour and light, the circular perspective, the intensities of rhythm and sound, all combine to gather an audience together – not so much in order to think about what they are seeing, but rather in order to feel it and be a part of it.
For the last three years, choreographer Sigga Soffía Níelsdóttir has choreographed Reykjavík Culture Night fireworks display. Gathering hundreds of thousands of people in order to witness this grand spectacle. Now – drawing on the choreographic practice she developed through these three shows – she turns her attention to the dancers of the Iceland Dance Company. The dancers take on the role of the fireworks and surrender themselves to an explosive movement discipline, as well as an exhausting commitment to beauty, form and spectacle. And the sky turns into crystals invites audiences to enter a noisy, almost violent, dancing ecology of colours, moods, feelings, intensities and atmospheres – not so much to think, but to feel.

Sigga Soffía graduated with a BA-degree in contemporary dance from Iceland Academy of the Arts in 2009. In her final year she was an exchange student at the Ecole Superior des Arts de Cirque in Brussels. Sigga Soffía has worked as a dancer and choreographer in numerous productions, both here in Iceland and abroad, for instance with Erna Ómarsdóttir‘s group Shalala since 2009. She has gained great attention as a choreographer, with her piece Svartar fjaðrir (Black Feathers) opening the 29th Reykjavík Arts Festival in May 2015 at the National Theatre’s main stage. Svartar fjaðrir received three nominations for the Icelandic Theatre Awards, Gríman, in the process, as Most innovative production, Best Costumes and Best Original Music. Sigga Soffía had previously been nominated for a Gríma award as Choreographer of the year for White for Decay, which she choreographed for Iceland Dance Company in 2011. Sigga Soffía is best known for her Reykjavík Culture Night fireworks display, receiving the cultural award of the Icelandic newspaper DV in 2013 for the first one, Eldar (Fires). 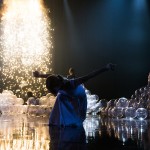 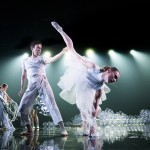 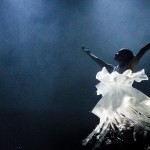 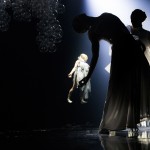 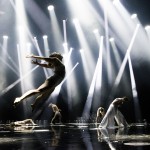 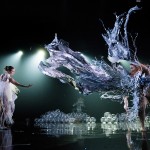 ★★★★★
“what an experience”…. “This performance is the most amazing thing I have seen with the company in a long time. Every aspect of it, costumes, lights, set, music, talk and of course the dancing, came together in an extraordinarily beautiful and powerful whole”.
DV – R.E

“A beautiful spectacle like a fireworks display”
Fréttablaðið – K.H.