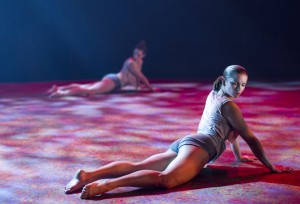 “What kind of unique, humanlike creatures would gather in a magical meadow of my creation?”

Brian grew up in a city called Missoula, Montana, in the United States, known as the garden city. It is located at the bottom of a prehistoric glacial lake that has since dried up, providing the perfect environment for plants and animals to thrive. With immense forests the area houses hidden lakes and meadows, supporting flora and fauna that cannot thrive in other conditions. They host a multitude of wildlife, providing areas for courtship displays, nesting and food gathering, along with a wide array of wildflowers, important to the survival of bees and hence the entire global ecosystem.

Gríma award winner Brian Gerke has been highly praised for his work as a dancer and choreographer. Since 2002 Brian has danced with Mo-Trans dance company in Montana, now called Headwaters Dance Company, Hilary Easton + Co., Juliana May’s Maydance, and Sondra Loring & Dancers in New York City. Brian formed the dance company “Steinunn and Brian” with Steinunn Ketilsdóttir in 2007, which has performed in over 50 theatre spaces throughout Europe, Iceland and the United States. Brian joined Iceland Dance Company as a dancer in 2012. Meadow is Brian’s first solo creation on a professional company. 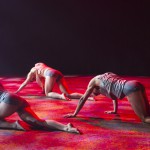 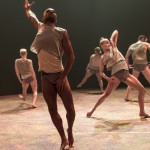 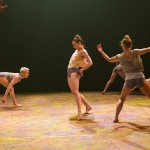 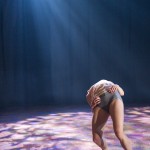 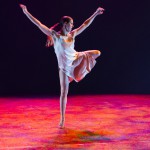 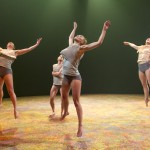 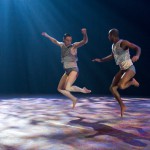 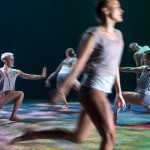 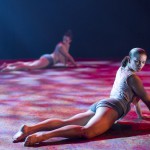 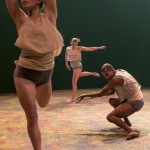 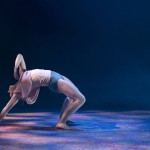 ★★★★
“Meadow is warm and beautiful….. the framework of the piece created a fantastic atmosphere….. an enchanting visual thrill.”
Fréttablaðið

“So beautiful to watch!”
RÚV – Djöflaeyjan

“It was beautiful to see how the choreographer played with the synchronization of the dancers, in some scenes it was raw, organic and playful, but in other scenes the accuracy of the movements triggered something magical.”
Bergþóra Einarsdóttir

“One cannot help but admire the dancers. Magnificent beautiful people and beautiful bodies soaring over, expressing much.”
RÚV – Listaukinn

★★★1/2
“Well chosen music enhances the surreal atmosphere in this peculiar fairytale land, which reminded me of the story about Alice in Wonderland.”
Morgunblaðið